Below are some of the examples of reference showing instructional diagrams or illustrations on how to perform different tasks; 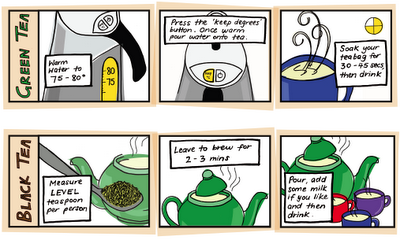 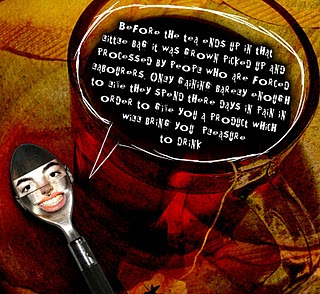 
﻿﻿
I like the format of the Esquire illustration above, with the simple square diagram and paragraph of copy
explaining the process below each square, but for my illustration I would like a more 'circular' shape to the
drawing overall which will lead the eye on a natural route from start to finish. I have started by writing a basic list of instructions which will give me an idea of how many 'stations' I will require to complete the illustration. This reveals that I will need six. I have the idea initially of basing all the diagrams around a large tea cup in the middle and sketched this out - see below. 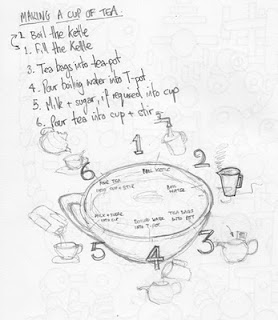 I quite like this version but think it looks a little messy and disorganised around the edges, so have refined it a bit by trying to combine the large cup in the centre, but this time encapsulating the surrounding diagrams in their own boxes. see below. 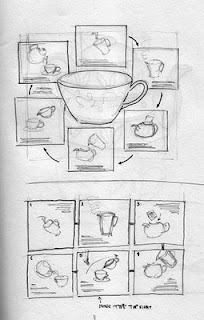 I think the squares around the tea cup version above is working well, and have introduced little arched arrows, making the journey more obvious, losing the numbers, and I think this also adds to the 'circular route' feel I was looking for. I have also sketched out a rough above showing a square format which has a very simplified look to it. The numbers are back in with copy that will sit in the corner of each diagram. I was thinking in terms of a black and white line drawing maybe, with the number and copy lines in red? 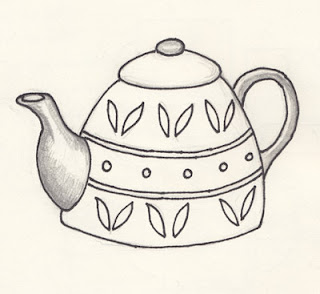 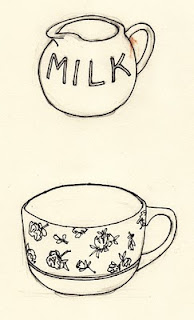 I then did some pen and ink drawings of the milk jug, cup and tea-pot and then scanned them into Illustrator and live traced them to be used in the final piece. Being mindful of the hierarchy of the image I decided to increase the size of the image boxes as the viewer is led around the drawing, and I also introduced some colour into the final teapot and cup as a central point of focus (see below).
I'm quite pleased with the final  image below, and having shown it to a few people have had positive feedback. 'Could have included teaspoon with sugar', was one comment but I personally think this would have made the design too 'busy'.
As an afterthought I would have liked to have added a pale colour in the background but due to my limited skills in Indesign, finding this very difficult to 'just change'. I really need to nail my digital techniques as I am  taking too long to do what should be fairly simple tasks. Need to consult my Illustrator 'guru' for more lessons... 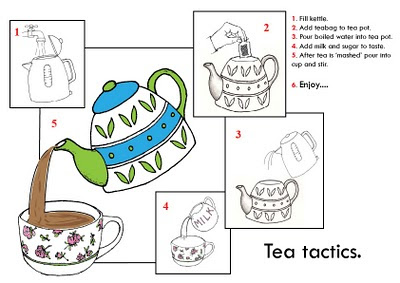