From the sketches I produced below I scanned in and digitally coloured the image of the man playing the trumpet, and then produced the poster below. I quite like the simple, minimalist effect. Just black and white with a hint of yellow to catch the eye. 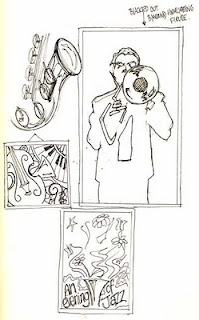 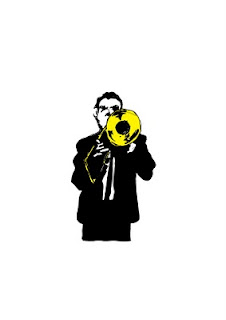 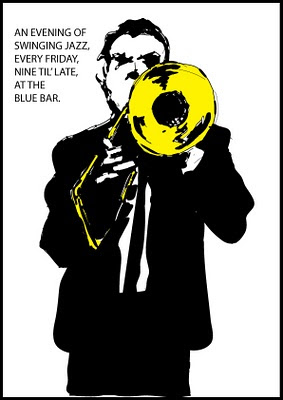 With the same figure in mind I did the thumbnail sketch below which would show the same image repeated around the poster in various states of magnification, and also in different colours... 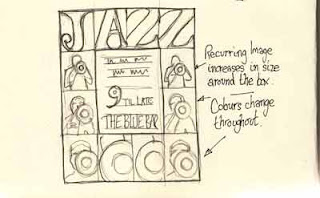 
Figure 1 shows the two line visuals for two of the posters I have previously done in last post. I have tried to keep the detail to a minimum, showing the bare structure and content with a representation of type to show
where the finished position would be. 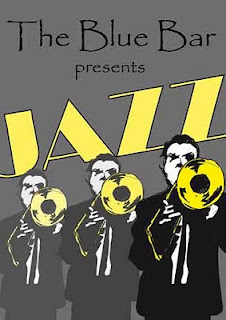 This is along the lines of what I have been aiming for. I think the use of Broadway for the main 'JAZZ'
heading works well, and after much experimentation switched to 'Papyrus' for the other copy.
It seems to be easier to read but still works well alongside the Broadway font. There is still some
way to go before I am happy with this. See below. 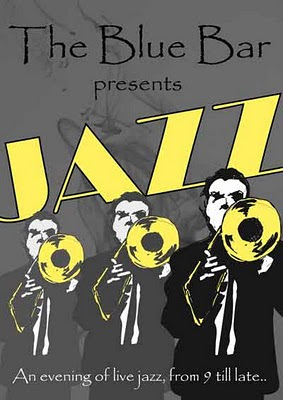 This is my final poster. I have added a 'smoky' texture to the background, moved the line of copy to the foot of the image to help balance and finally I have toned back the brightness of the yellow in the horns.
Posted by Rob at 05:51