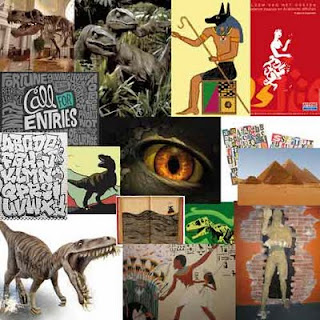 This section is aimed at Teenagers aged 13-16, so I have based the mood board on similar images, but in the dinosaurs are a little more scary, or 'edgy'. I have also included some shots of the Egyptian mummy, which I thought would be of interest to your average teen with its associations with horror films and the like.
The museum has a display on showing the use of the mummy in contemporary films and to take this further I had the idea of a  graphic image of the mummy in the style of the Turtle illustration below, maybe in the format of a movie poster.
I liked the graffitti-style text which I thought was relevant but maybe on the negative side would be difficult to read for most.

I also tried a spider-gram to look at reasons why young people might find the museum of interest and came up with the following thoughts;

The poster needs to be bright and colourful to attract attention, but still needs to look 'cool' and the kind of thing your average teen would have on his wall. 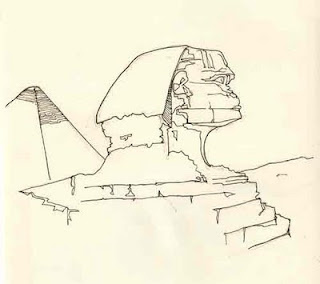 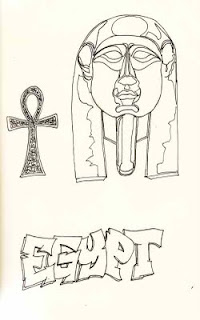 After sketching out a few ideas I went onto Illustrator and Photoshop and combined them to create the poster below. I used a photograph from an Egypt trip containing hieroglyphics which I thought worked well with the modern graffitti as it could be seen as a form of ancient grafitti. I then added in the mummy for a spice of drama. I need to work on the typeface at the bottom of the poster as there is not enough contrast with the background and is difficult to read...