Create a simple portrait of the character, using the reference that you have gathered.


I'm sticking with the film-noir type picture of a head and shoulders image partly submerged in the shadows, with the face partly highlighted by a shaft of light. Ive tried to include the sight of bomb-hit London and St Pauls in the window. 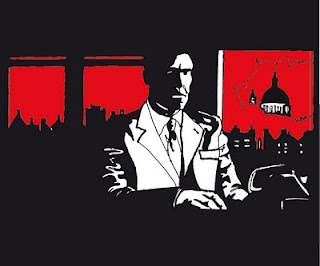 Same pic but I tried adding a bit of dramatic colour to the image, which I think works well.

My final pic in this exercise is another version of the themes I have worked above, I like the drama of using black and white with a hint of sepia brown. I think the reference I have gathered has led my
thoughts and ideas along the route of the 'film-noir' look with such films as The 39 Steps and The Third Man used as inspiration. 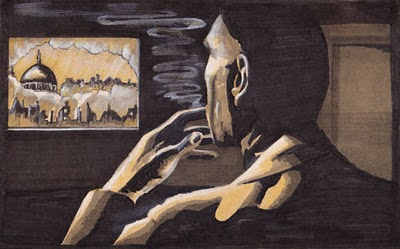