For this exercise I chose the book 'Two Wheels in the Dust' which is a sort of bicycle travelogue based in India. The premise of the story is that the author's journey is based on the Ramayana (Rama's journey), and the author was inspired by watching a beggar in India make his daily prayer to the Hindu god, Hamuman.
And so, the authors journey followed the mythological story of Rama, Sita and Hamuman from Kathmandu, in Nepal, to Kandy in Sri Lanka. 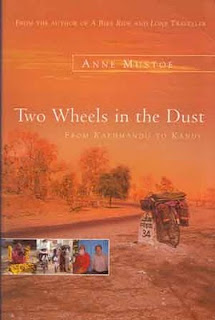 I started off by making a spidergram and documenting all the words and subjects, colours etc to come up with a fresh idea to illustrate the book. I liked the idea of showing the journey by a map and then also wanted to represent the spiritual aspect of the book so chose Hamuman - the monkey god as a good subject. 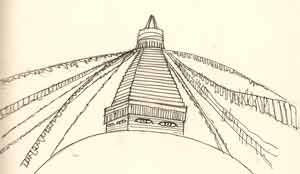 I did some small thumbnail sketches based around different ideas, working on combining illustrations and photographic images alongside the titles. 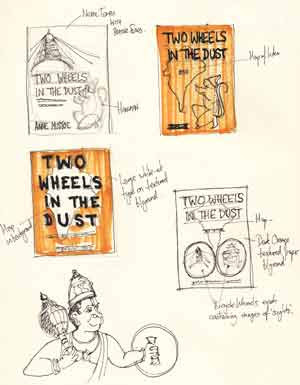 I liked the idea of the cover looking like a piece of parchment, or sketchbook, so found a suitable texture to use in Photoshop and then decided on the map of India, with the route shown and then added the Hanuman image as I thought it balanced the page well. 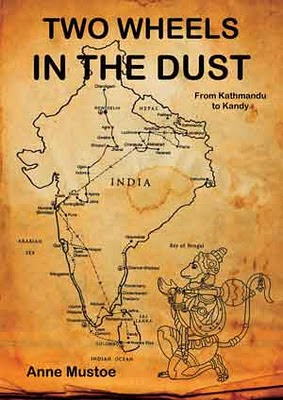 ﻿
I had to re-colour the parchment and darken it in order to increase the contrast between the drawings and the background. I think it looks like a well-worn travel diary, which was my initial intention.
The title was initially a problem in that it wasnt prominent enough and blended into the top of the map, but after some experimentation this was resolved by increasing the font and changing the word spacing. Initially the map was central to the page but this did'nt allow for the Hamuman to sit without his tail being cropped so moving it to the left side slightly solved both problems.
Posted by Rob at 15:00